Republican and Democratic senators introduced legislation on Thursday that would block international sales of United States-made drones to countries that are not close US allies, mentioning Saudi Arabia in particular.

Reuters broke the news in June that President Donald Trump’s administration planned to reinterpret the Missile Technology Control Regime, a Cold War arms agreement between 35 nations, with the goal of allowing US defence contractors to sell more drones to an array of nations. 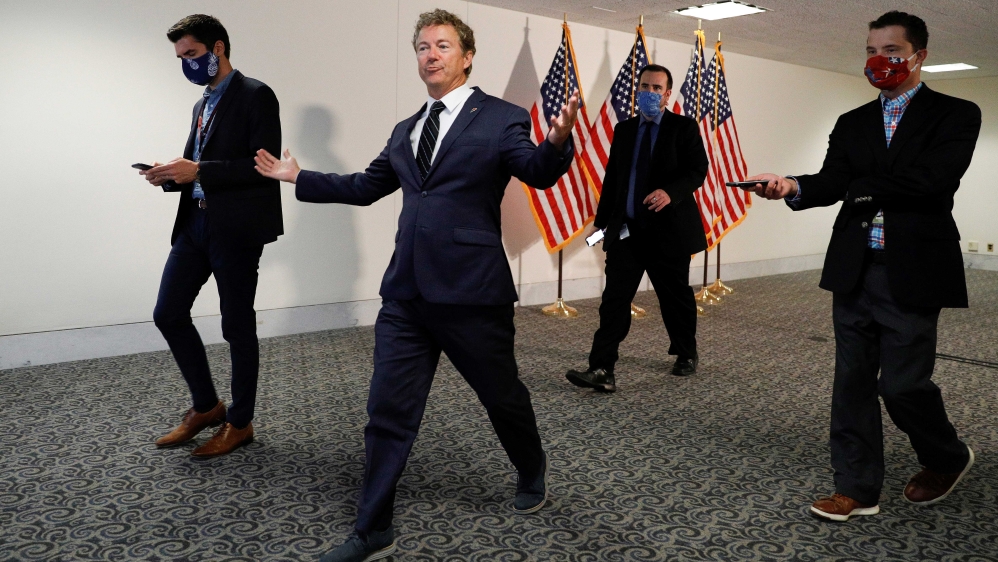 Senator Rand Paul after leaving a Republican meeting on efforts to pass new coronavirus aid legislation, on Capitol Hill in Washington, DC, the US [Tom Brenner/Reuters]

It would amend the Arms Export Control Act to prohibit the export, transfer or trade of many advanced drones except to countries that are NATO members and to Australia, New Zealand, South Korea, Japan and Israel, they said in a news release.

US lawmakers have tried before to rein in Trump administration plans for arms sales, particularly to Saudi Arabia and the United Arab Emirates for use in the war in Yemen. The measures have passed with bipartisan support, but failed to get enough Republican support to override Trump’s vetoes.